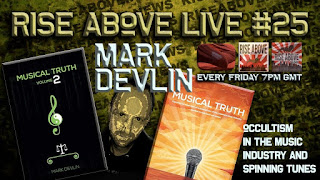 I’ll be guesting live in the house for Double L MC’s ‘Rise Above’ videocast this Friday evening, 23rd April. I’ll be dropping an hour’s DJ set of conscious hip-hop sounds, as well as having a catch-up chat for some real talk with L.

Catch the show streaming on the following link from 7pm UK time this Friday:


What the world is experiencing play out in 2020 and beyond is of no great surprise to Mark Passio. As he has been teaching through his Natural Law shows for years, the Universe dishes out manifested physical conditions DIRECTLY based on the level of consciousness that we, as co-creators of our own reality, are operating on. Because this dynamic occurs on a collective, as well as an individual basis, we have seen a society reaping the inevitable consequences of its lack of spiritual care and maturity.

The situation can be turned around any time enough of us decide we want it, he states - but it's going to take a gargantuan effort of Will on the part of those already awake and aware to these truths to positively influence others in this regard.

The One Great Work Network website is at: https://onegreatworknetwork.com/

A reminder of my affiliate page over at Touchstone Essentials for a large range of natural/ herbal/ holistic health products:

SPANNERS IN THE WORKS


Instead of focusing on how the demented sicko “elite” goons are achieving their goals, this video focuses instead on indicators that things may not be going as smoothly as the gallows-dodging demonic freaks would like. Plenty of nuggets from the mailbag this time round.

If anyone wishes to e-mail Spreaker to protest at the complete removal of my channel and thousands of hours of work with zero notice:

NHS Whistleblower speaks out (at the start of UK Column News)

The Metro: Boris Johnson is a creeping dictator – we need to stop him in his tracks:

The Sound of Freedom archive on Mixcloud is here:

The Sound of Now archive on Mixcloud is here:

Any file from Mixcloud can be downloaded using this site. Just paste the URL of any Mixcloud show in the box: 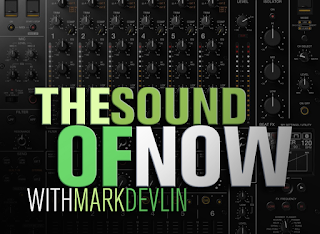 The Sound of Now is a weekly showcase of new soulful, uplifting, and occasionally disco-inspired House music, always intended to uplift and inspire the soul, particularly in dark and challenging times:

Hour 1 consists of a mix collated by host Mark Devlin: Hour 2 features a guest DJ in the mix in a similar style:

ANDREA ERRE, SOUL GROOVE, VANESSA JACKSON:  WHO ARE YOU

YOUNG PULSE & FUNKY FRESH LEAGUE:  THERE'S NEVER BEEN (NO ONE LIKE YOU) 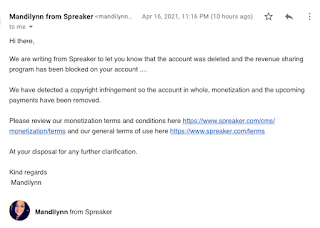 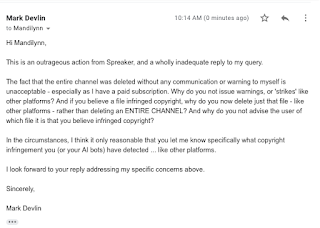 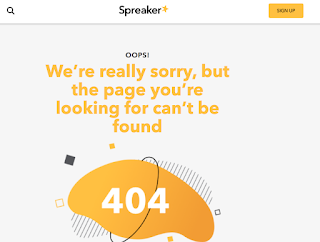 Spreaker appears to have deleted my entire channel, with hundreds and hundreds of shows stretching back years, without any warning. It's all gone - the entire archives of Good Vibrations, The Sound of Freedom, The Sound of Now, Magical Mystery Talk, the Truth Trip Soudclash, all radio interviews, all old radio shows, all old DJ club sets, all old DJ mixes. I'm trying to get to the bottom of what's happened here.
It's looking like A LOT of work is going to be involved in getting all this material uploaded to an alternative platform. If anyone is willing to volunteer to assist in the process, now might be a good time to give me a shout on markdevlinuk@gmail.com
Working entirely solo with videos and podcasts to produce, a book to complete, and all the pressures of home/ family life, I really needed this!
Posted by Mark Devlin at 10:05 No comments:


Lou Collins had me back on her show where we got into aspects of my Musical Truth research in preparation for the third volume of the books, and how many of my findings tie into current events and world affairs.
Posted by Mark Devlin at 09:50 No comments:

A FURIOUS RANT - ONE YEAR ON


It’s one year today since I posted my “furious rant” video that really seemed to strike a chord, and introduced a whole new audience to my work. If I’d known then that the madness we were already living in by April 2020 would still be going strong a year later, I’d have lost my mind even more.

Some of us have known that this whole pantomime is one giant scam right from day one. Not saying that we’re smarter or more special than everyone else. It’s just that, when you’ve been studying the motives and tactics of the sick, psychopathic freaks that like to think of themselves as this world’s “elites”, they do become tediously predictable and transparent in their moves.

It’s so utterly obvious to some of us. But the challenge remains - how to convince the vast majority of this world’s population living in a media-induced mind-control trance, of the fact they’re all being played like a violin? 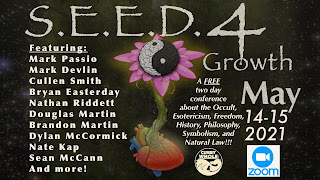 I was due to be a speaker at the S.E.E.D 4 Growth conference in May 2020, along with many others. Needless to say the event couldn’t go ahead, and the physical/ in person version also had to be cancelled for this year amid the ongoing madness.

It is, however, still going ahead as an on-line event over the weekend of 14th/ 15th May, and will include my presentation on the dark and nefarious aspects of the corporate music industry, as well as many other speakers, including Mark Passio, Brandon Martin, Cullen Smith, Nathan Riddett, Sean McCann, Nate Kap and others.

The whole event will be live-streamed over the One Great Work Network in conjunction with the Zoom Conference. For more information on it all, please visit www.cubbywhole.com


The series provides yet more evidence of the significant pushback to tyranny that can now be seen across the world, lest anyone try to make the claim that “the people need to rise up.” Professor Dolores Cahill tells us about the World Freedom Alliance of which she is President, and its many activities. The Alliance has brought together thousands of doctors, lawyers, business owners and other professionals to counter the impositions on our natural rights and freedoms by government traitors and those who pull their strings.

We discuss personal sovereignty, vaccine passports, freedom of movement, freedom of assembly, protests, Covid disinformation, tribunals, crimes against humanity and many other topics.